The stack of reading materials on my nightstand is fairly predictable—the latest issue of Atlanta magazine. A paperback bestseller. My Kindle. But lately, those items have been crowded out by books and magazines covering a single topic: parenting. Since the impending birth of my daughter has consumed my every waking moment for the past nine months, I am particularly attuned to parenting issues that crop up in the media.

I know how easy it is to judge someone, especially for his or her reaction to a situation in which you have been fortunate to never find yourself. Parenting is one of those areas in which everyone has an opinion, even those who have sworn off ever reproducing. I have tried very hard during the course of my pregnancy to smile (and subsequently ignore) the childless people, however well-intentioned, who offer me parenting advice. Given all of these caveats, a recent case in the state of Texas made this soon-to-be parent sick to her stomach.

Attorneys for 16-year-old Ethan Couch successfully argued an “affluenza” defense for a teen who stole beer from a convenience store, drank excessively, got behind the wheel of his pick-up truck with more passengers than seatbelts and killed four pedestrians. In case you are not familiar with it, “affluenza” is a horrendous affliction whereby the children of wealthy parents never know discipline, limit-setting—you know, parenting. (Note that this diagnosis does not appear in the “Diagnostic and Statistical Manual of Mental Disorders,” the “bible” for the psychiatric profession.) But Couch’s lawyers want you to believe that absentee parents and a lifetime of free reign to do whatever he wanted means he is unable to differentiate between right and wrong.

This poor, neglected teen will be spending the next 10 years on probation. Not in prison, not in a juvenile facility of any sort, but on probation, while the families of the people he killed are left to mourn their loved ones. The rest of us are left with the debate that inevitably follows such controversial cases over whether or not this is a real affliction, or yet another way for spoiled children to avoid suffering the consequences of their actions (spoiled children who grow up to be spoiled adults). You can probably guess which side of the fence I reside on. Mark my words: No child of mine will grow up without knowing the power of a timeout, a grounding, an apology note to someone wronged.

The terrifying part of this to me is to wonder how Couch would have turned out if his parents had been more present. Was he doomed to fail because of their actions (nurture), or is there something in him that makes him more likely to disregard others (nature)? After all, you probably know someone who was a wonderful, engaged, loving parent whose kids didn’t turn out so well for one reason or another. Scientists have debated this for centuries, with few clear-cut answers. An article in the Sept. 16 issue of the Wall Street Journal quotes a study that found that some people, due to their genetic makeup and life experiences, are more sensitive to outside influences than others. Granted, there is still no surefire way to know how children will respond until later in life, but my gut tells me that it is hard for any parent to go wrong with a strong and consistent message about courtesy and respect for others.

Feel free to check in with me in a few years, but I am pretty sure that I have found the cure for this so-called “affluenza”: good old-fashioned parenting. 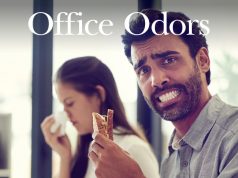