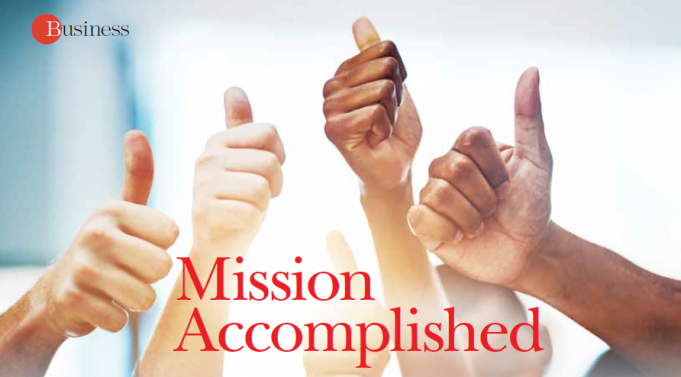 In the summer of 2014, a small band of Cobb County business owners gathered with the intent to do something rarely seen in the world of commerce — they devised a plan in which they would pay more in local taxes. The catch, of course, is that they would be able to dictate where and how their additional tax dollars would be spent. The business owners wanted to take it upon themselves to improve the community in which they live and work — to the benefit of everyone in the county. Thus, the Gateway Marietta Community Improvement District (CID) was formed.

This particular type of financial arrangement — also known as Business Improvement Districts, Business Revitalization Zones or Special Improvement Districts — isn’t new. In fact, the concept dates back to at least the 1970s, but CIDs are gaining traction as an expedient way for communities to revitalize derelict areas and to make capital improvements without the necessity of navigating extensive red tape or by shifting existing tax revenue from other programs or projects. There are more than 1,000 such programs operating in the United States. In Cobb County alone, there are now three CIDs: The Town Center CID, the Cumberland CID, and now the Gateway Marietta CID.

These programs work by taxing only the commercial properties within a designated district, not residential-use properties. Once the business owners decide for themselves to form a CID, they are eligible to apply for state and federal grants to assist with infrastructure improvement plans within the specified corridor (roads, public safety, signage, streetscapes, etc.). It may seem strange to some people that commercial property owners would create more taxes for themselves, “but they see the value in protecting and increasing the value of their property in making the improvements to public right-of-way that likely aren’t going to get made by the city and county. They just take the bull by the horns and do it,” said Lynn Rainey, attorney at Rainey & Phillips in Marietta, who has helped to set up 18 CIDs in the region, including the three in Cobb County.

According to the Cobb County CID Act, the CID board must vote every six years whether they wish to continue with their project. That’s true of all the CIDs in Georgia. Rainey said that so far, no CID has decided to dissolve. The Cumberland CID, for example, has been active for more than 25 years.

The Gateway Marietta CID was established July 1, 2014, with the mission to help establish the Franklin Road corridor as one of the premier business centers in Metro Atlanta. Just two years later, this dream is becoming reality. The dilapidated apartment complexes are gone and 20 new businesses are calling Franklin Road home, including Atlanta United FC, which built its training facility there; and Home Depot and WellStar have made major property investments there as well. And yes, the companies all have become de facto members of the CID. The progress is amazing when you consider where this corridor was just a few years ago.

Rainey said there is now more than 600,000 square feet of office space that has been either renewed or newly leased in the corridor. Thus far, more than $350 million in public and private capital has been invested in the area, he added. Class “A” office space occupancy has gone from 45 percent to 97 percent. “It has been an extraordinary turnaround that’s just getting started,” Rainey said.

According to Heath Garrett, an attorney with Garrett McNatt Hennessey Carpenter 360 LLC and a founding partner of the Gateway Marietta CID, Franklin Road used to be a crime-ridden mess. Between 2008 and 2012, he said, almost every company that had a presence on the corridor moved. Moreover, the Gateway Marietta area had 12 apartment complexes within a one-mile stretch of road that had become all F-grade complexes essentially owned by slumlords. “It was really a drain on city resources. Something had to be done to stabilize the community,” he said. The city had begun efforts to redevelop this area, but then the Great Recession hit. So in 2012, a group of citizens, including Garrett and business partner Mitch Hunter, joined forces under the Revitalize Marietta moniker “which was designed to reignite the discussion about redevelopment and revitalization in the city of Marietta with the Franklin Road area being our first focus,” said Garrett.

This group worked with the Marietta City Council and the mayor to pass a $68-million redevelopment bond referendum. The referendum passed in Nov. 2013. Most of that money — $64 million — was allocated for redeveloping the Franklin Road corridor, primarily for the purpose of redeveloping the run-down apartments and commercial properties in that area. “And so the question became: How do you create a real sense of place and community? And how do you deal with the difficult issues, because you don’t want to necessarily displace people; you need to deal with the physical structures and the crime,” said Garrett. “The CID is the perfect vehicle because property owners along the corridor tax themselves and then they govern the use of those tax dollars. And in this case, the purposes for the CID were for enhanced security and for infrastructure projects.” Joe Knight, another business partner of Garrett’s, actually went door to door to the businesses in the area, and informed the owners about the value of the CID and why they would benefit. “Those business owners saw the value in having an organization like a CID to be the catalyst, to be the organizer of the community, to raise money and then try to leverage that money to improve the area,” Garrett said. The initial board of directors consists of Chairman Jeff Shaw, Fairlead Commercial Real Estate; Vice Chair Mark Lawson, Kennesaw State University; Treasurer Bob Morgan, Cerqueda, Morgan & Collins; Tom Flanigan, Clarion Partners; Rube McMullan, McMullan Properties; Milton Dortch, Stowers & Company; and Roger Davis, Red Hare Brewing Company.

Once the team was in place, the newly formed Gateway Marietta CID set about to improve the safety and security of the corridor. In its first year of operation, Rainey said the CID generated $200,000 in taxes for improvement projects (based on a tax rate of 5 mils). “A CID is not just a revenue-generating entity; it’s also an advocacy group,” he said, adding that the primary impetus of the Gateway Marietta CID at this point is to try and improve the way the area looks. What the CID has been able to fund is a plan to improve two interchanges — I-75 at South Marietta Parkway and I-75 at Delk Road — to make the area more inviting to persons and companies to come into the area. Additionally, the CID is investing in upgraded security. “We just invested in the most advanced camera technology for businesses and for the police department,” Garrett said.

It should be noted that the CID doesn’t operate alone. The city of Marietta is a close and vital partner. Officials stay in contact with CID members, updating them on infrastructure projects in or near the gateway, as well as economic development plans and other city endeavors. “The city has put a lot of investment into the Franklin Gateway area, and has a lot of interest in seeing that continue. Moving forward, a big part of that is going to be the CID,” said Daniel Cummings, planning and development specialist with the city of Marietta.

The CID will continue to work with the city to purchase and revitalize other properties. And another goal is to expand the CID. There is interest among business owners outside the current CID borders to join the organization. “Hopefully, we’ll continue to see private development [in the Gateway Marietta CID],” Cummings said. 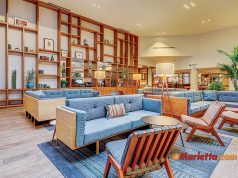