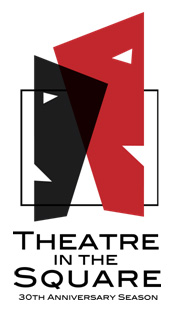 While energy is high at Theatre in the Square with the excitement of celebrating the 30th Anniversary Season, reality has settled on the fact that the economy has taken its toll, leaving the theatre to ask for the support of the community or risk closing its doors forever.

The theatre’s board and staff have worked hard to function on a tight budget over the last few seasons. The non-profit organization has a $1.5 million operating budget of which 65% of the income is through ticket sales and the other 35% relies on donations of individuals, corporations and foundations. “…We are, quite bluntly put, on the brink of financial disaster. The need is real, it is urgent and it is immediate,” says Co-Founder and Producing Director, Palmer Wells.

To address the need, Theatre in the Square is launching the SAVE YOUR SEAT, SAVE OUR THEATRE campaign. Each of the 225 seats in the theatre’s main stage will be “sold” for $1,000 between now and October 15, 2011. Donors will have their name on the back of the seat on a small plaque, and can select which seat they want to name on a first come, first served basis.

Even if you can’t save a seat by donating $1,000, every dollar counts toward saving Theatre in the Square. Donations can be given online at theatreinthesquare.com and clicking on DONATE on the home page. You may also call Theatre in the Square at 770-422-8369 or send in your donation to:

To donate or for more information on how to donate, visit:
http://www.theatreinthesquare.com/page/49/Save-Your-Seat

About Theatre in the Square:

Now in its 30th season, Theatre in the Square is a professional, not-for-profit organization founded by Producing Director Palmer Wells and the late Michael Horne. As the largest professional theatre company in Cobb County, the theater reaches almost 50,000 people a year via five Main Stage shows, two holiday shows, a summer show, a children’s show, and a bonus show. It is governed by a volunteer Board of Directors made up of civic leaders from around the metro Atlanta area.

With an annual budget of over $1.5 million, the theatre draws the majority of its funding from ticket sales (about 65%), with support from foundations, corporations, city and state government, and individual gifts. The theater has a full-time staff of less than ten, and hires more than 120 artists (actors, directors, designers) annually. The theatre company has been based in historic Marietta Square since its founding in 1982.

Theatre in the Square has broad-based community support from the metro Atlanta region as well as Cobb County. More than 3,200 subscribers have a year-round commitment to the theater, and each play sells a healthy number of single tickets as well. Main Stage shows offer a Wednesday matinee option, which is usually filled with groups from local senior organizations as well as individual ticket buyers. At least one play a year features extensive daytime matinees for student groups. The theatre regularly receives accolades for the caliber of its work. In the spring of 2007, Wells was named a PBS Leader of the Arts.

To donate or for more information on how to donate, visit:
http://www.theatreinthesquare.com/page/49/Save-Your-Seat