We all know that eating well and exercising keep the body in optimal shape as we age. But what about brain health? Research has shown that working out your brain, especially in combination with diet and exercise, can help stave off some common signs of aging, like memory loss. A recent study by researchers at Northwestern University found that the cortex of the brain in a select group of “super agers,” or men and women in their 80s and 90s with great memories, resembled those of people half their age. And this news couldn’t come at a better time. According to a recent Administration on Aging report, the population of people aged 65 or older grew 18 percent between 2000 and 2011, and will only get larger as the baby boomer generation continues to age.

So where do Cobb’s active adults who want to engage in a little brain exercise go? Many turn to local resources like Enrichment for Life Movement (ELM) or the Osher Lifelong Learning Institute (OLLI) at Kennesaw State University. Read on for more information on these great ways to stay healthy from the neck up.

ELM has been serving the Cobb community for nearly 30 years. Linda Person Hull, director of what was then Marietta-Cobb Community Services (now known as Cobb Senior Services) and Hassel Sosebee, coordinator of the Senior Citizen Council, based the idea on a program they had observed in nearby DeKalb County. Those already familiar with ELM may know that all of its classes meet at First United Methodist Church of Marietta, but that wasn’t always the case. “Originally, ELM was held at two locations: Mt. Harmony Grove Baptist Church in Mableton on Fridays and First United Methodist Church of Marietta on Tuesdays,” explains Debbie Patton, director of ELM. She notes that over time, the program has gone from 197 registrants to 500; from 30 instructors to 75; and from a class offering of 27 to 60. The relationship with FUMC has grown and deepened as well, such that it is now the sole host for ELM. “We are separate entities that have different missions, but we are alike in our outreach to enrich the lives of others,” says Patton.

Over the past three decades, ELM’s programming focus has also evolved. Patton says that programming is primarily determined by students’ needs and the availability of instructors. “There are classes that come and go based on the latest trends,” she says, but some have stood the test of time. “Our most popular classes are our literature, history, exercise, painting, card or tile playing and our skilled crafts classes.”

In order to provide these enriching classes to Cobb’s seniors, ELM depends on its corps of volunteers. Patton says that many volunteers are people who were previously students, and all of the members of the program’s paid staff were volunteers at one time. “It takes more than 100 volunteers to run an eight-week session of 500 students,” she says. Duties run the gamut from greeters to lunch cashiers. Some of the volunteers also speak to local civic associations and senior communities to help promote ELM. ELM also announces registration information in press releases and distributes booklets to Cobb County libraries and senior centers. “But overall, most of our new students come to us by word of mouth from friends who already attend,” she says. Patton attributes the program’s success to the fact that ELM is a community within a community. “We are a place where long lasting friendships are formed,” she says.

Go Back to School

Fortunately for Cobb’s curious active adults, ELM is not the only resource the county has to offer. Since 1998, the Osher Lifelong Learning Institute at Kennesaw State University has been providing courses for those who want to continue learning. At its inception, OLLI, then known as the Kennesaw State Senior University, offered six classes. Renamed OLLI in 2004, the group received an endowment from the Bernard Osher Foundation the following year, which enabled it to join a network of more than 100 similar institutes across the country. The foundation also contributed more than $3 million in grants and endowments to KSU, which allows the university to keep up with demand for its programming.

And demand is constantly on the rise. “We had nearly 3,000 registrations for fiscal year 2012, which is a 27 percent growth from the previous year,” says Michelle Girage, director of programs at OLLI. “Our students love our program and what we have to offer.” Those programs include painting, drawing, music appreciation, memoir writing and a computer scholar program. OLLI takes education one step further by also connecting its students outside the classroom with social events and open houses.

In addition to fostering connections between students, OLLI also builds connections in and around the Cobb community. “We participate in various events throughout the year and we have sponsors that contribute to our social events (Atherton Place, WellStar Good Life Club and Hear-Rite),” says Girage. “We have also offered courses at Atherton Place at no cost to their residents.” KSU offers a nine-month long gerontology certificate program to help the community recognize the importance of keeping the mind active. “This class has never been as important as it is now. Anyone could take this and gain something from it—we have lawyers, homemakers, bankers, nurses, retail workers, hospice caregivers and every profession in between in this certificate program,” explains Girage.

Now more than ever, it is important for older adults to exercise their bodies and mind. Girage points out that programs like OLLI are especially important because the 50+ demographic is growing at such a fast pace. “We need these citizens to continue to be valued and to continue to be [active participants] within the community,” she says.

With this in mind, Cobb is the perfect place for programs like ELM and OLLI to take root. Patton says that resources like institutes of higher learning and nationally leading business make Cobb the ideal community for ELM. “We have a range of pricing in living communities for families, singles and seniors. We have a great hospital system [WellStar],” she says. Girage also notes the sense of community that exists in Cobb, as well as the overall education level of its residents. In Cobb, the future looks bright for active adults of all ages, both inside and outside the classroom. 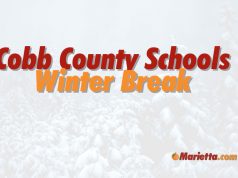 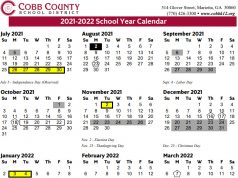 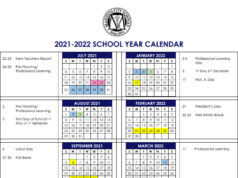