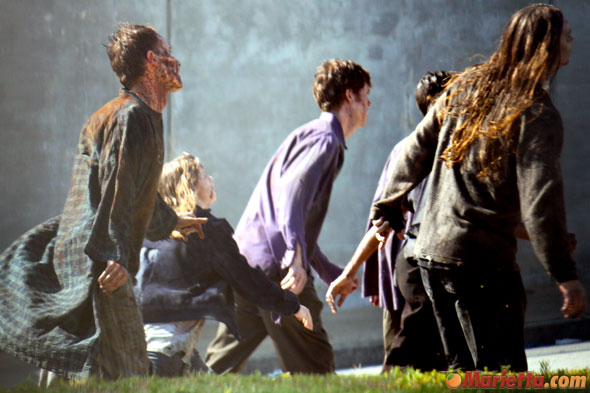 June 13, 2011:  The Walking Dead invaded Cobb County this week as filming for season two of the popular AMC series The Walking Dead moved into the area. The production closed some roads near the intersection of Cobb Parkway and Riverwood Parkway from 5am to 9pm on Monday. This is the second time in a week that area roads were closed for the filming of the show. Last week, motorists waited for miles as crews shot scenes on I-20 in Henry County.

The series follows is about a former police officer named Rick Grimes, who was shot on the job and later wakes from a coma to find that world has succumbed to a zombie epidemic. Production will continue in and around Atlanta throughout the summer and season two airs this fall.