Watch This! Video Production in Our Schools

You may remember your dad taping a white sheet on the wall and threading the 8 mm film to the reel on the projector so your family could watch excerpts from your first birthday party. Or maybe you grew up in the age of VHS and you remember your mom nearly dislocating her shoulder trying to hold the bulky camera long enough to record your 50 meter freestyle at the regional swim meet. Fast forward to now: When our children want to capture an important moment in their lives, they record it on their phone, upload it to the Internet and share it with their friends in a matter of minutes.

Video usage has exploded in the last few years, fueled partly by the advances in recording equipment and partly by the expansion of the Internet. In response to this surge in video technology, many high schools in Cobb County offer video production education as part of their curriculum.

Keeping Up with IT

Educators and IT specialists alike know how quickly technology can change. “The problem in [the early] days was the bandwidth. The Internet just wasn’t stout enough to play much video and what little you could play was tiny,” says Carleton Holt, president of Granite Digital Imaging in Marietta. “Now the bandwidth has changed and more video content is watched on the Internet than any other deliverable.”

This is especially true of the younger generation. According to Nielson, YouTube reaches more young adults between the ages of 18–34 than any cable television network. It’s not just youngsters watching. YouTube.com has 1 billion unique visitors each month from all over the world. And the videos just keep coming. Every minute, 100 hours of video are uploaded to the site.

Companies are also discovering the value in video communications. “Five years ago, a video on the Internet was a luxury, whereas today, it’s almost a necessity,” Holt says. A significant portion of his business comes from producing marketing video presentations for company websites.

Ian Feinberg, instructor of television production at Chattahoochee Technical College, tells his students that working at a television studio is just one of many possibilities for careers. “There are production companies that do wedding videos, music videos, corporate communications and programming for cable TV,” he says. Several of his students have gone on to work in Atlanta’s burgeoning movie and television industry, including one who works on the television show “The Walking Dead.”

The implications for this changing technology expand beyond the classroom. “The video market continues to grow as technology expands. There are going to be quite a few job opportunities in this field for students who graduate from our schools. The sooner they’re exposed to it and experience it, the more prepared they’ll be for a potential career in video production,” says Jay Dillon, director of communications for Cobb County Schools.

High schools in the Cobb County School District offer a series of classes in broadcast and video production through the career and technology department. Joshua Dempsey is the instructor at North Cobb High School, where he teaches 118 students each day about camera angles, lighting, audio equipment, script writing and editing. His broadcast team produces “Tomahawk Today,” a weekly entertainment and news show, which Dempsey calls infoentertainment. They also produce a daily news update and cover some of the school’s sporting events. Dempsey believes that video production is a valuable skill. “There are a lot of opportunities in the fact that everything is media driven. There’s definitely a demand for creating videos for churches, corporate video and even working in home security.”

Whitefield Academy in Mableton includes video production as part of the theater arts program. Taught by Kayla Marsh and the school’s technical director, Brian Coski, the program gives students an understanding of the total process, including how to compose shots, storytelling and how to integrate lighting and sound. “The ability to craft a video that tells an impactful story is useful for any student pursuing any field,” Marsh says.

While most video production programs are taught at the collegiate or high school level, Mt. Bethel Christian Academy in Marietta believes that younger children can benefit from video training as well. The academy recently added a complete production studio with all of the latest video and audio equipment, including a green screen wall and teleprompter. The students produce two live morning segments each day, one for the lower school (grades K–5) and one for the middle school (grades 6–8).

In addition to the news shows, video production is used as an educational tool. Students in the Latin class wore costumes depicting important Latin characters and stood in front of the green screen. An appropriate background was added and a video created. “Kids are visual learners,” says Chip Barber, director of technology at Mt. Bethel. “Video brings it to life in a way that a textbook can’t. We’re trying to provide technology in a way that they get some educational value out of it.”

Mt. Bethel’s morning announcements and other videos are streamed live on their website. That works well for them because their target audience is limited to their students and students’ families. However, some schools hope to reach a much broader audience, especially when broadcasting sporting events.

Broadcasting via the Internet allows fans from all over the country to view games that would never merit a spot on a television sports show. “Television has a finite number of channels. Streaming video on the Internet has no barriers. Any school can get on and broadcast all the great stuff going on at their school,” says Mark Rothberg, director of the NFHS School Broadcast Program. As long as they have access to the Internet, grandparents in Santa Fe, N.M., can watch their granddaughter’s volleyball game in Marietta, Ga., in real time, or access the archives when it’s more convenient.

“The School Broadcast program takes the same technology that PlayOn! Sports uses to produce sporting events, and we offer that technology to the schools. We actually go and train the students,” explains Rothberg. “What’s great about this is that it gives the students real world production skills in live broadcast.”

Building career skills is only one reason for teaching video production. The creative process is empowering as well as educational, and students naturally gravitate to the most technically advanced medium. There is also the need to enlighten children to the truth about media. By creating their own videos, students learn how easy it is to manipulate the facts. They learn very quickly that not everything they see on the Internet is real. “I try to get the kids to understand media on a different level.” Dempsey says. “What I teach is relevant.” 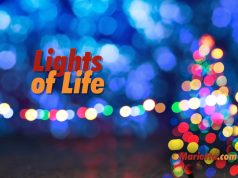 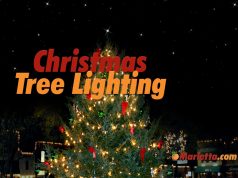 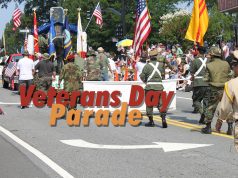