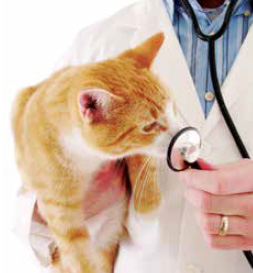 Even as the clamor over Obamacare rages on in Washington, another health care debate is quietly gaining momentum in households across Cobb County and the nation. As so-called “pet parents” are increasingly purchasing health insurance for their furry companions, they’re finding it advantageous to read policies carefully in the face of changing regulations, complicated fine print and rising premiums.

“There are lots of pet insurance plans available, but they aren’t all the same,” says Kate Zirkle, marketing manager at Embrace Pet Insurance. “There are differences in what they cover, what they exclude, what they cost, their level of customer service and how they pay claims.”

According to statistics published by the American Pet Products Manufacturers Association (APPMA), more than 70 million U.S. households—or roughly 62 percent—own at least one pet. In 2010, those pet owners collectively spent more than $12 billion at the vet, and some analysts expect that number to surpass $14 billion this year. For those pet owners who are still contemplating buying a policy, here are some things to consider.

By all appearances, the pet insurance industry has access to an incredibly ripe, burgeoning market. “Pet insurance is still a fairly new concept in the U.S., with only maybe 1 to 2 percent of [American] pet owners purchasing it for their pets,” Zirkle says. In the U.K., where pet insurance has been available since 1947, the number of insured pet owners is closer to 23 percent (second in the world only to Sweden). Pet insurance has only been available in the U.S. since 1982, when the first policy was sold to beloved television collie Lassie.

And by no means is 1 to 2 percent of the American pet-owning market something at which to scoff. In 2007, the pet insurance industry sold approximately $250 million in policies. Fast-forward five years—by the end of 2012, consumer research firm Packaged Facts says it expects to observe average annual increases from 25 percent to 35 percent, with sales in the North American market potentially hitting $1.1 billion. Zirkle attributes this growth to improvements in terms of coverage and reimbursement, which she says are consistently occurring year after year. “Our number of policyholders in Georgia has about doubled this year, so we’re definitely seeing an increase in awareness in Atlanta and in the United States in general,” she explains. “Our hope is to see that 2 percent [in U.S. markets] grow closer to the U.K.’s 20 percent in the future because the more pets that are insured, the more pets are protected from costly accidents and illnesses.”

Cobb County pet owners, however, might find the variations in policy cost and coverage to be opaque, to say the least. Policies can differ drastically, with premiums ranging anywhere from approximately $10 a month for an accident-only plan to $75 a month for a kitchen-sink-type policy. Some critics have also noted that the fine print isn’t always particularly clear on these policies, and many carry limits and exclusions on payouts.

Particular ailments and conditions might be limited to a much lower amount of coverage, for example, even if the plan itself ostensibly offers a much higher level of coverage. Certain breeds (especially ones with a lot of known problems) and older animals can be exempted, and coverage can sometimes be limited for hereditary conditions. And just like with medical insurance for humans, having a pre-existing condition can be yet another roadblock when it comes to payments and reimbursements.

It’s also important to note that pet insurance is actually a form of property and casualty insurance, as opposed to being a variation on the sort of health insurance humans enjoy. “It’s actual insurance, just like for your car or your home,” says Zirkle. “This means that it works best when it protects against the unexpected, expensive things that can happen.”

Human medical insurance, by contrast, is federally regulated. Pet insurance consumers should make sure a company’s insurance products are “admitted”—in other words, that a given policy is state-guaranteed and approved. Some companies’ policies can have benefits schedules and maximum per-incident payouts that can alter the arithmetic. For example, if your policy has a $5,000-per-incident maximum and your pet needs a $6,000 or $10,000 procedure, the overage expenses plus the premiums might not have been worth the monetary investment. Not every insurance company has per-incident limits on policies, however, so this emphasizes the need for consumers to read policies carefully.

For Cobb pet owners seeking alternatives, consumer advocates like Clark Howard have long recommended putting aside money that might otherwise have been used for premiums into high-yield savings accounts; the balance could then be applied toward health costs. If nothing else, Howard says that consumers should avoid treating a pet insurance policy in the same way as, say, an extended electronics warranty on your home stereo system: avoiding simple preventive treatments because you believe that you’re covered when your pet “breaks” is not a good idea.

Changes are being made on the provider side to cut costs for pet parents as well. Considering almost $7 billion was spent last year on pet medications alone, some Atlanta-area veterinarians are writing prescriptions that can be filled almost anywhere, allowing consumers to comparison shop for lower prices. Pet owners can also receive assistance from organizations like the Atlanta Humane Society, Daffy’s Pet Soup Kitchen in Lilburn, the LifeLine Animal Project of Atlanta, PAWS Atlanta, Project CatSnip of Atlanta and more.

Nonetheless, for owners who would spare no expense to save their pets, insurance very well could be the best option. And for younger families and pet owners who don’t have access to high-interest accounts, one of these policies certainly could mean the difference between losing a cherished pet versus paying for recovery. This is especially true for owners of large-breed dogs—like Labrador retrievers, mastiffs, boxers, American bulldogs, Great Danes—who generally are the ones to see the most benefits. Statistically, as numerous industry observers have noted, large dogs are more likely to experience major problems as puppies or adolescents, because they are likely to get intestinal blockages from eating socks, or to suffer injury due to overzealous behavior like running into traffic.

The good news for consumers is that increased competition in the U.S. pet insurance industry is likely to yield greater benefits. Within the past seven years, quite a few newer companies have entered the U.S. market, including Embrace, Fetch, Inc., EnsuraPet, Trupanion, Pets Best, PetFirst and PetPartners, among others. At the same time, longer-lived companies also have begun to make efforts to retain and expand market share. For example, Brea, Calif.-based Veterinary Pet Insurance, which writes approximately 60 percent of U.S. and Canadian pet insurance policies, announced a plan to work with more than 1,500 companies to offer their services as an employee benefit. Of course, pet insurance isn’t meant to cover everything. Pet owners should be aware that they’re going to need to set aside a certain amount of money to spend on pet care. Experts recommend having somewhere between $1,500 to $1,800 in disposable income a year for food and health care expenses, such as vaccinations and flea and heartworm medications.

Even with the considerable shortcomings of pet insurance, the benefits still appear to be fairly numerous. Not only does it provide pet parents with some ability to protect their wallet from costly veterinary care, but having a policy also puts owners in a better position to do the best medically for their pets. Ultimately, having this insurance can also mean that you won’t have to make some hard choices if the unexpected arises. “All too often we see what’s known as ‘economic euthanasia’ or putting a pet to sleep due to not being able to financially cover the necessary treatment,” explains Zirkle. “This concept is essentially eliminated for those with pet insurance.”