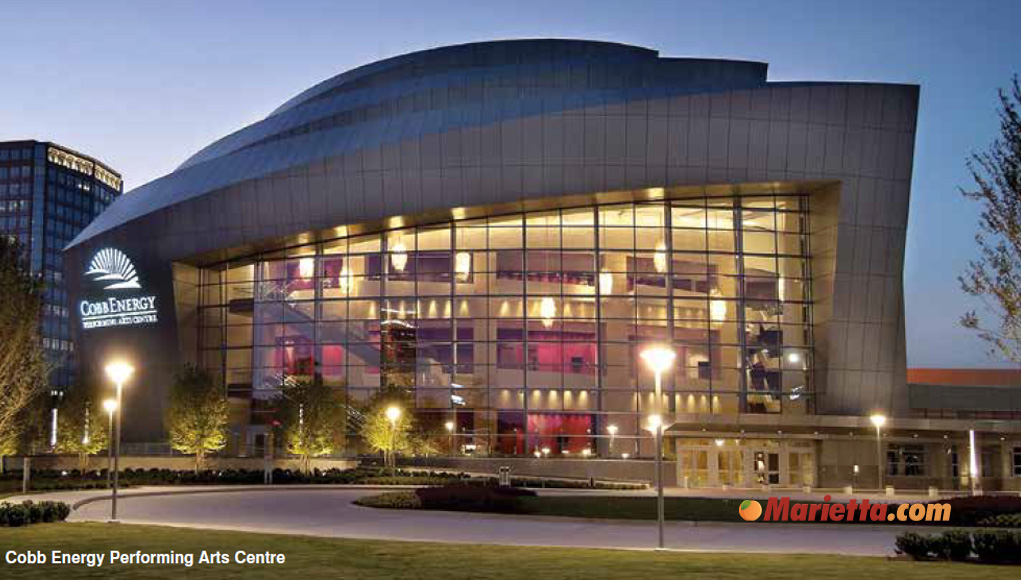 Like much of the nation, Cobb County has been on an economic roller coaster ride the past 10 years, experiencing ups in the early 2000s with a booming housing market and commercial construction, followed by a challenging dip around 2008 and the years that followed as a result of the Great Recession. But, that hasn’t stopped Cobb from continuing to grow — the area has managed to slowly rebound, and that is obvious in the county’s steady population increases (about 70,000 residents since 2005), expansions in the highway and interstate systems, downtown improvements in Cobb’s municipalities, introduction of the Atlanta Braves development and much more.

Over the past decade in Marietta, approximately 25 subdivisions were built with homes valued between $200,000 and $600,000 each; the city received the coveted “All-American City” nod in 2006 from the National Civic League; the Gateway Marietta Community Improvement District was created in 2014 to help establish the area as one of the premier business centers in metro Atlanta; and in 2013, Marietta voters passed a $68 million redevelopment bond to be spent on the Franklin Road Corridor and aid in revitalization.

Marietta Mayor Steve Tumlin, who is serving in his sixth year as city leader, says he is most proud of the community’s streetscape improvements and how they are making a great impression on the entrances to Marietta, in addition to the parks and Marietta Square improvements. “One can tell a difference when they cross into the city limits with the improved roads, street lamps, brick walls and crosswalks,” he says, adding that in looking forward, he continues to envision a balance of growth in the arts, schools (public and independent) and continued enhancement of the city’s infrastructure, parks and gateways.

One of the more obvious examples of change in Cobb over the past decade that millions see as they ride throughout the area is in the county’s highway and interstate system. A major undertaking that began last year and will continue another few years is the Georgia Department of Transportation’s $834 million Northwest Corridor Express Lanes project. This construction will add 29.7 miles of reversible toll lanes along Interstate 75 from Akers Mill Road to Hickory Grove Road and along Interstate 575 from I-75 to Sixes Road in Cherokee County. The project is expected to improve traffic flow along this corridor, which becomes congested throughout the workweek during rush hour traffic, and it should increase options for motorists and individuals using transit and registered vanpools.

But residents and visitors taking routes off I-75 will notice what the Cobb Department of Transportation has recently completed and continues to work on to improve the highway and road system in the area. Faye DiMassimo, CDOT director for nearly six years now, says that with the area being home to more than 700,000 residents, 30,000 businesses, numerous Fortune 500 companies and institutions, the county is vibrant and diverse, thus the need to provide multiple transportation options. “While portions of Cobb are developed and becoming more urban, other areas embrace a quiet, suburban charm,” she says. “With a unique mix of powerful economic expansion, natural recreation opportunities and ever-growing entertainment options, exciting things are happening in Cobb.

“Cobb County’s transportation system is mature and includes not only an extensive network of over 5,000 roads, 440 bridges and culverts and 536 traffic signals but our Regional Traffic Management Center (TMC), Cobb International Airport-McCollum Field and Cobb Community Transit (which is celebrating 25 years in operation and is the second largest system in Georgia behind MARTA, serving just under 4 million trips annually). Our TMC’s advanced technology provides excellent situation awareness in incident management, inclement weather and event management and exceptional system operational efficiencies,” she says.

DiMassimo adds that Cobb’s continued growth and prosperity will require focus on how to address the needs of the Cobb Parkway corridor. Already among the highest volume corridors, traffic volumes on Cobb Parkway are forecast to grow 18-63 percent between 2010 and 2040, depending upon location along the road; and 60 percent of the 700,000-plus people in Cobb live within 5 miles of Cobb Parkway today.

Population is forecast to grow 62 percent from 2015 to 2040 for a 1-mile wide corridor along the route, while employment is forecast to grow 32 percent. “Our evolving vision is always anchored by strong partnerships with our cities, CIDs, GDOT and federal partners’ creative, proactive approaches to ‘best fit’ funding strategies, and making certain that the infrastructure supports developing economic activity and mobility needs,” DiMassimo concludes.

Currently, one of the major CDOT projects includes the Atlanta Braves/Windy Hill Road.  High crash rates and heavy congestion on Windy Hill Road, in addition to development of the new Braves stadium, are reasons for this nearly three-year, five-project, estimated $48 million SPLOST construction project. Once complete, it should provide motorists with enhanced safety, lower crash rates, better traffic flow, increased efficiency and improved pedestrian facilities. One major project within this is the “Windy Hill Diverging Diamond Interchange” at the I-75 overpass. Construction began in October 2014 and should be complete in early 2017.

Taking two years and 1.1 million man hours to construct, the Cobb Energy Performing Arts Centre was one of the newest additions to Cobb County’s art scene in the last 10 years, and a large piece of the area’s continued efforts to offer more art options for its residents and visitors. “As a major regional asset, the Cobb Energy Centre is an economic engine and stimulus for the metropolitan area and the southeast,” says Michael S. Taormina, CFE and managing director for the past nine years.

Completed on time in 2007 and under budget at $145 million, the CEPAC provides a world-class, 2,750-seat state-of-the-art performing arts venue in metro Atlanta and is home to The Atlanta Opera, Atlanta Ballet, national concerts, comedy and touring Broadway shows. Even in its eighth year, Taormina says the number of shows and quality CEPAC presents to its visitors is first-class. An example of that is in the annual Radio City Music Hall Rockettes performances: The group is recognized as a leader throughout the industry with more than 200 performances per year.

Taormina adds that through the ArtsBridge Foundation, a CEPAC nonprofit program, they have hosted more than 280,000 students and teachers for live performances of opera, ballet and symphonic music since 2007. The annual Georgia High School Musical Theatre Awards, also known as “The Shuler’s,” also attracts more than 3,000 student and teachers throughout the state to the performance hall annually. “The arts have and continue to be a vital part of vibrant live, work and play community, now and for future generations,” he says.

Also opened in the last 10 years and serving as the only one in Georgia and one of 14 in the United States, the Cobb County Safety Village serves all of Cobb and surrounding areas with an interactive safety facility. Built on an eight-acre site in Marietta off Al Bishop Drive and paid for through county funds and sponsorships, the safety education building and safety village have improved the quality and effectiveness of the area’s school children’s safety education since opening in 2009, says Safety Village Director Allison Carter. “Today, the Safety Village educates every Cobb County student in kindergarten, second and fourth grade. The instructors, made up of five firefighters and two police officers, go out to every kindergarten class in the county and do a one-hour program of friendly fire fighter, ‘Stop, Drop and Roll’ and helmet safety,” Carter adds. “All second- and fourth-grade students come to the Safety Village — approximately 21,000 students per school year.”

The curriculum includes topics such as fire and life safety, senior safety, “Stranger Danger,” gun safety, bullying prevention, Internet safety, school bus safety and much, much more. “The Cobb County Safety Village Foundation believes that education is the key to reducing risk and protecting our community,” Carter says. “As adults, we can easily recall unique learning experiences we had as children. Research confirms that knowledge gained through hands-on learning remains with us far longer than simple presentations of facts.”

The Safety Village, which operates year-round, is sponsored by the business community. “Cobb EMC, Cobb & Douglas Public Health, WellStar Health System and Colonial Pipeline have designed and built interactive buildings that we use to educate our students on electrical safety, ‘Call Before you Dig 811,’ interative health and injury prevention modules,” Carter says. “We have also had support from MetroAtlanta Ambulance Services that sponsored our open air amphitheater, Marietta Kiwanis sponsored our Kennesaw Mountain replica and Lockheed Martin is building a hangar.” In addition, Walton Communities constructed a two-story apartment complex, which is the first building in their residential area; and Green Power EMC donated and installed a six-panel solar panel. The next additions to come out of the ground will be their Public Safety Fire and Police buildings and our school building.

Learn more about the CEPAC, Safety Village and other community and road improvements by visiting each city’s websites, in addition to cobbenergycentre.com, cobbcounty.org/safetyvillage, dot.ga.gov and cobbcounty.org/dot.