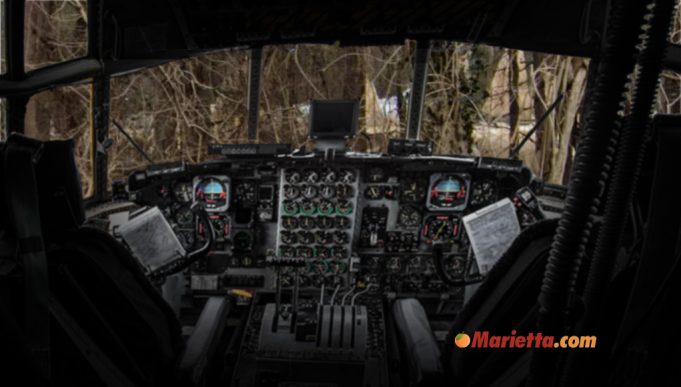 Dobbins Air Reserve Base in Marietta, Georgia is currently home to eight C-130 Hercules aircraft that were built for Libya in 1972.  Libya’s Moammar Gadhafi paid $70 million for them, and soon after they were built, the planes were grounded due to political issues.  Shortly after taking power in Libya, Gadhafi closed American bases on Libyan territory and partially nationalized all foreign oil and commercial interests in Libya. In response, the U.S. implemented export controls on military equipment and civil aircraft.  Because of this, the aircraft were never delivered, and remain at Dobbins Air Reserve Base.

The aircraft in Marietta were painted in desert camouflage colors in preparation for a delivery that was never made.  They were reportedly serviced for a few years, but they were later left to the elements are now likely closer to scrap metal than aircraft.  Officially, they are property of Libya so they cannot be disposed of, and the State Department continues to pay the associated parking and storage fees charged by Lockheed over the past half century.