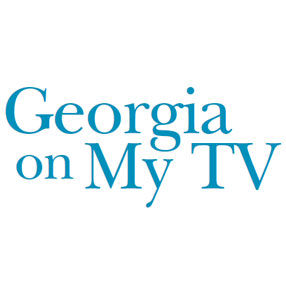 We all have our guilty pleasures when it comes to television. After a long day at work and fighting Atlanta traffic, maybe you want something that does not require you to think. My taste in TV is pretty limited—I am partial to crime procedurals of the “Law & Order” and “Criminal Minds” ilk. I am also not above spending an hour watching something that I have already seen.

For some people, however, that guilty pleasure may involve unscripted, or so-called “reality,” TV. While I try to reserve judgment, I think we can all agree that reality TV is spiraling ever downward. From its humble beginnings with MTV’s “The Real World” to today’s offerings like “Moonshiners” (Discovery Channel), “Billy the Exterminator” (A&E) and “Cheer Perfection” (TLC), reality TV has taken over the airwaves. In 2010, an analyst for the Kansas City Star estimated that there were 567 different reality shows on the air that year. Imagine what the count must be now.

In today’s culture, there is no shortage of people clamoring to have their 15 nanoseconds of fame. As a native Southerner (a ninth-generation East Tennessean and now a proud Atlantan), I worry about the stereotypes perpetuated by the genre. It hurts to know that, for some viewers, the antics of Alana “Honey Boo Boo” Thompson, the backstabbing of the real housewives and the society girls who shop for wedding dresses at Bridals by Lori represent all that Georgia has to offer.

Take “Honey Boo Boo,” for example. This spin-off of “Toddlers & Tiaras” (overbearing mothers and blatant sexualizing of young girls being a subject for a different column), hit the ratings jackpot this past summer. Granted, part of the appeal behind the entire reality genre is that it exploits extremes—outlandish behavior, outfits, hairstyles, even accents. The “characters” are archetypes; in this case, the Southern redneck. Alana’s family keeps a pet pig, has a pregnant teenage daughter and has such strong South Georgia accents that the producers decided they necessitated subtitles. Again, I try not to judge, but I do not want these people, or any housewives, real or otherwise, to be the pop culture ambassadors of the state I call home.

I suppose it could be worse. After a recent backlash, the Oxygen channel decided not to move forward with a special about “Shawty Lo,” an Atlanta rapper who has 11 children by 10 different women. While I want to believe that most people would not characterize an entire state or region based on one episode, reality TV and its neatly pigeonholed characters do a disservice to the real people who live in the cities and towns in which these shows take place. Is the teenager on the West Coast who watches “Honey Boo Boo” thinking about the awesome feats that Atlanta natives Jackie Robinson, Alice Walker and Martin Luther King, Jr., have accomplished? Or about the research being done at the CDC that is saving lives worldwide? Or the business innovations and economic development that are being implemented right here in Cobb County? And wouldn’t the mother watching “The Real Housewives” want her daughter to aspire to be more like the thousands of hard working, productive citizens who make Georgia a wonderful place to live?

Reality TV is cheaper to produce than scripted TV, but it also depends on viewers and advertisers. Think of it as junk food for your eyes and ears. We are constantly told to bypass the processed foods in the supermarket in favor of fresh vegetables, so why can’t we do the same when it comes to our viewing habits?

And now I will go back to reserving judgment.