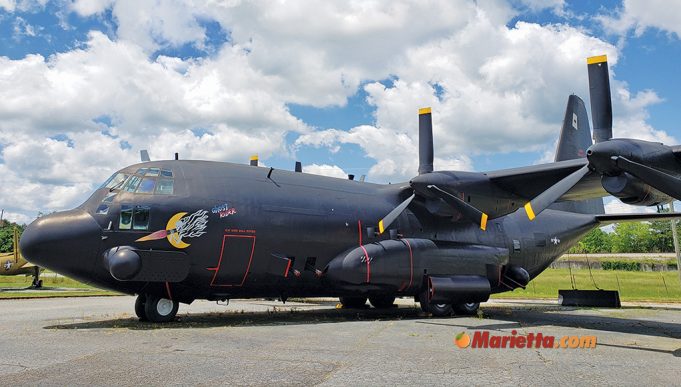 Cesar J. Caceres, regional president of Nexterus Atlanta Northwest supply chain management company, keeps his eyes on the road ahead while also letting his mind wander up into the clouds. He plots his course and assesses his direction with deference to the greater journey we all travel. He knows he owes his own place in the world to the travelers who forged ahead before him. In building his business in Cobb County, Caceres cultivates connections and partnerships that help others also find their path.

“My grandfather immigrated to the U.S. during World War II,” Caceres recounts. “My parents were originally from Brooklyn where they were high school sweethearts. My father served in the Army and I was born while he was stationed in Germany.” It was there that his father felt the call to Baptist ministry, headed to seminary in Calhoun, Georgia, and then served a decade as a missionary in Puerto Rico before settling permanently in North Georgia. To Caceres, faith and service are inherent values, and he sees travel as a vital part of education. Additionally, aviation has always been a fascination for Caceres, so he became a Marine air traffic controller, which he notes “is basically logistics in the air.”

“Joining the Armed Forces was always part of my dream,” he stresses. “I wanted to serve the country and see the world, to enjoy different cultures. The Marines allowed me to see about 50 countries.”

After his time in the Marines, Caceres earned a college degree in business then began a career in logistics and management, working for a variety of companies. By 2019, he became familiar with the Nexterus company and decided to go into business for himself as a franchise subsidiary in Cobb County. “Nexterus is one of the largest privately-owned logistical companies, and their principles mirrored my family values,” he explains. “I purchased rights to use their proprietary software, taking freight into the 21st century through new systems and technical advancement. As an air traffic controller looking towards the future, this projects advanced ideas into an industry that has tended to do things the same way. Cobb is one of the top counties in the U.S. for growing supply chain logistics. Due to the pandemic, many industries figured out that they needed to re-evaluate their supply chain management. People are more open to talking about changes. …They see the need to investigate new technologies.”

That curiosity about technology combined with his passion for aviation led him to Marietta’s Aviation History & Technology Center (AHTC). When Caceres attended a museum Cockpits & Coffee networking event, he felt immediately comfortable in the environment. “I’ve probably slept more hours in and around aircraft than in a bed,” he jokes. So, he met with board members and decided to get involved. “They need businesses in the area to know they exist and to understand the way the museum benefits the community as a whole,” he explains.

Divested off the Marietta Museum of History, the AHTC now stands as a unique institution honoring local aviation history through 21st century methodologies. Center director Brad Hawkins joined the staff in 2017 and says, “I feel like a kid again here, being around the aircraft, hearing the stories of guests, watching kids come in saucer-eyed as they see the machinery. Most people’s world view of aviation is through a tiny window on the plane, but this [AHTC] is a gateway to explore our world.” He goes on to summarize their mission: “It’s about “preserving a legacy through education to showcase what [aviation] history has meant to the community, to appreciate where our community has come from and where it is going, to provoke critical analysis and thought in the younger generation and encourage aviation future development. And we’re doing so with some of the most passionate volunteers in the Metro area — veterans, former aviators, former Lockheed employees, et cetera. Our internal support comes from them [volunteers] and staff and corporate groups… such as Nexterus, a veteran-led organization that believes in the power of transportation.”

Both Caceres and Hawkins view the AHTC as more than a traditional museum space. Programming builds on the resonance of a face-to-face audience with massive aircraft and explores the larger influences of aviation in the region. “The museum helps veterans and military,” says Caceres, “as well as projecting toward the future by taking an active role in education with STEM groups, homeschoolers, and scouts.”

Hawkins elaborates, “Humankind was inspired to fly by looking at birds, and we can look at how that curiosity of our relationship with the Earth develops. [We are] learning teamwork from the example of a multi-engine aircraft, learning roles of different aircraft models. Understanding all of it can make for a more wholesome experience.”

For Caceres, supporting the AHTC means helping to foster a love for aeronautics within a community long recognized for its strong presence in the aviation industry. “I could spend hours listening to their [museum] experts with so much knowledge about these aircraft. This is personal history for me, too, so I decided to be a part of development with the marketing committee to help bring the strategic plan to fruition.”

Hawkins concurs: “Aviation gave Marietta a global recognition, aviation is in Cobb County’s DNA, tracing back to the Bell Bomber Plant, to Lockheed, to Dobbins. Where the base is now was once woods and pig lots, but in the 1940s the war transformed the labor landscape and people were coming to Cobb County to work on planes, starting a culture mix. Cobb County Water System developed to serve the plant; the school system developed to serve the families of plant workers. We want people to come in voluntarily to learn about all of it, to go far beyond the capabilities of the internet.”

To both Caceres and Hawkins, the history of conquering our wild blue yonder lends real insight to keep us all grounded in promise. 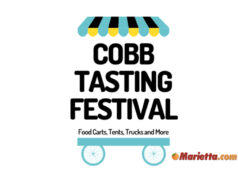 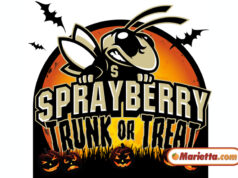