Home News Cobb: Your New Home of the Braves “We are excited! We all think that the Braves are a home run for Cobb County,” says LOUD Security Systems  owner John Loud, who is also one of many local residents that formed the group Cobb Home of the Braves in support of the Atlanta Braves organization’s decision to move to Cobb County. Last November, the Braves surprised the nation, and definitely Cobb residents, with its announcement that the Major League Baseball team would be moving its organization north from the current home at Turner Field in downtown Atlanta to a nearly 60-acre spot in the Cumberland area near where Interstates 285 and 75 intersect in southeast Cobb. The $672 million development and 30-year agreement, which was given the green light on May 27 by the Cobb County Board of Commissioners after months of discussions, will be funded partly by the Braves—55 percent, or about $372 million—and Cobb County—45 percent, or about $300 million. Businesses near the new stadium will bear a substantial portion of its construction costs and the team itself will invest $280 million up front and another $6.1 million annually for 30 years. These figures exclude the estimated $400 million the team plans to spend by creating an entertainment district around the new stadium.

“We are grateful to the citizens of Cobb County and the leadership in the community who have worked tirelessly to bring this to fruition,” said Atlanta Braves President John Schuerholz shortly after announcing the move. “I truly believe that this partnership will yield what will become one of the finest baseball and entertainment facilities in the country.” The organization picked Cobb because so many north metro Atlanta residents are Braves ticket holders, access to the site is ideal and there is plenty of land to build a mixed-use development that will be vibrant and full of activity, allowing fans to come early, stay late and enjoy the area year-round. The stadium, scheduled to open in time for the 2017 baseball season, will be built by American Builders 2017, a group of four contracting companies that joined together to build the development—Birmingham-based Brasfield & Gorrie, Alpharetta-based Barton Malow Company, Atlanta-based New South Construction and Minneapolis-based Mortenson Construction.

For Cobb Commission Chair Tim Lee, the process for the Braves’ move to Cobb began last July when he was introduced to Braves Executive Vice President of Operations Mike Plant. Prior to that, Lee says he had never heard the idea of such a move. “I was really surprised that [the Braves] were interested in Cobb,” Lee says. “I had no idea they were looking to move. Looking back it really makes sense now. We had a great site, lots of good infrastructure in place and apparently a lot of Braves season ticket holders live in Cobb and the surrounding counties.”

Lee’s colleague on the commission, JoAnn Birrell, who represents District 3 in northeast Cobb, says when she first heard the news, she too was surprised and excited. “I believe this will be the biggest economic boost the county has seen in a long time,” she says. “The benefits come in the way of additional tax revenue for county and schools, thousands of jobs, additional business opportunities to locate in Cobb, just to name a few!”

Right off the bat, Lee says benefits to Cobb include around 5,000 construction jobs and another 3,000 ongoing jobs as the area develops. “The real win for Cobb is the resulting investment by the Braves around the site,” he adds. “They have purchased more than 80 acres and plan for commercial and retail development worth $400 million that would generate $3 million in annual revenues for the school system, $489,000 to the county fire fund and $1.2 million towards county government operations.”

When asked if Lee or Birrell had any concerns about the development or had heard from any community members, Birrell says traffic seems to be the main one, but that there are projects currently underway that could help deter potential issues—the widening of Highway 41 and the Diverging Diamond interchange at Windy Hill Road. There is more to come with an additional $10 million for transportation projects from the Cumberland Community Improvement District (CID) and $14 million from county SPLOST. Both also say that citizens have asked about incentives promised to the Braves and property tax increases, but Lee says that the Braves have agreed not to seek any local development incentives for commercial development as a result of this move, and they will not increase property taxes for Cobb homeowners. “There will be an increase on commercial property around the stadium site, which is also the area that will benefit the most from the new development,” Lee says.

“I think this is a real win for the entire community,” Lee concludes. “The positive feedback has been amazing and despite the huge effort it has taken to get this far into the process, it feels good to see so many people excited about the new stadium. I never imagined we could have this incredible opportunity to work with such a great group like the Braves.”

Business Community Jumping on Board

Commissioners and representatives from the Braves aren’t the only ones supporting the team’s relocation. Business owners throughout Cobb, especially those living or working near where the stadium will be built, are looking forward to the move. “We have received incredible support from numerous Cobb businesses and residents,” Plant says on behalf of the Braves. “Their support and involvement have meant a lot to us. It is not often in this day and age that citizens feel passionate about something to make time to support, so we are honored and thrilled that residents from across the country and from various professions would take time from their own busy lives to publicly support this effort.” Plant went on to say that they look forward to the long-term partnership with Cobb and its residents and have appreciated the feedback because they want to be good neighbors.

Hugh H. Scott III, whose business SK Commercial Realty off Circle 75 is located directly across the street from where the stadium will be built, says he’s optimistic about the project. “We believe the office tenants at Circle 75 will have a world-class sports and entertainment facility right outside their front door,” Scott says. “It should be a wonderful live/work/play environment that is so crucial in recruiting and keeping workforce talent.” He says it presents a wonderful opportunity for the Braves to participate and have a say in the development directly surrounding where they play and an exciting catalyst to the economy of Cobb County. “It appears to be a win-win-win for the Braves, Cobb County and the fans,” Scott says.

He also says this construction is a catalyst for growth in the Cumberland/Cobb Galleria area that should revive the area that has needed new investment. “I don’t believe that any other use of the land where the stadium is going would have been able to generate the excitement and quality of project that the Braves mixed use development will bring,” Scott says. “I believe this development has the potential to be uplifting to the area.”

Tracy Techau, Scout Executive/CEO of the Atlanta Area Council for the Boy Scouts of America, agrees. “Ten years ago, the Atlanta Boy Scouts moved our offices to Cobb County because we knew it was the most convenient place in the Atlanta area to serve the tens of thousands of local families involved with Scouting,” Techau says. “We are excited to have the Braves as our new neighbors, and look forward to working with them to provide fun, educational and active experiences for as many young people in Atlanta as possible.” Council offices are located just down the street from where the stadium is relocating.

Like Scott and Techau, Robert Feldberg, the president of Repro Products, Inc. and The Color Spot, Inc., and co-owner of Fur Bus, which he is looking forward to using as a convenient and fun way to transport fans to and from games, is very excited about how this opportunity will revitalize the area. “The planned entertainment district surrounding the stadium … will provide a community feeling and entertainment options extending beyond the baseball season,” Feldberg says. “The stadium and surrounding development will provide tremendous economic benefits. Not only will the stadium be a haven for our ‘national pastime,’ but the plans for the surrounding play and stay will create new vitality.” However, each of these business owners do have some concerns about the development, but trust that the county is working to negate those. “There are 14 options for ingress and egress and I know the Cobb [Department of Transportation] will be working diligently to make the experience better than what we experienced at Turner Field,” Feldberg says. “Creating a play-and-stay environment around the complex will also have a positive effect on the congestion before and after the game.” Scott agrees saying that the Braves organization seem to be very cognizant of the importance of creating a destination that is first class and easy to get in and out of. “If the Braves and Cobb County can develop a thoughtful traffic plan that utilizes all 14 local access points allowing easy ingress and egress to the project on game days, then this project should be a huge hit,” he adds.

“I’ve not heard much negative at all,” Loud adds. “I think 99.7 percent of people are positive … There are not many moments in life that I’ve heard a piece of news that was so positive.” With the support of other business leaders in the Cobb community, Loud created a website, ran commercials, spoke at commission meetings, held rallies and printed T-shirts boasting support for the move. “This is a grand slam for Cobb County and the Atlanta Braves. This is about community pride,” he adds. “When we in Cobb County have the opportunity to host the longest running franchise in Major League history that’s going to move here, how exciting is that going to be? … We are looking forward to the Braves coming here in a few more years.” To learn more about the Braves’ move to Cobb, including information about the finances, economic impact, parking and transportation, visit homeofthebraves.com or the county website at cobbcounty.org and click on the “Braves” tab on the right-hand side of the web page. 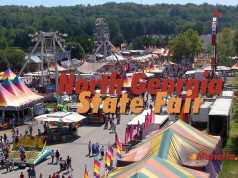 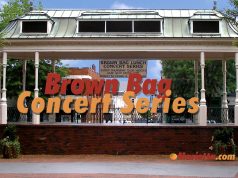 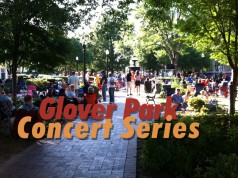