Home Leaders of Cobb At Home and Abroad for Cobb 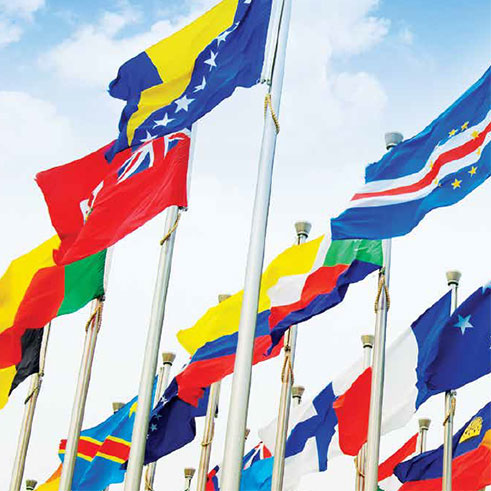 What does it take to turn a 345-square mile patch of suburban Georgia into a thriving international community? Convenient transportation—like a top-rated hometown business airport (with the busiest international airport in the world less than an hour away) and access to thousands of miles of highways and commercial rail lines—is an excellent start. Low taxes, high-performing educational options and enviable weather certainly help. Appreciation for and prioritization of diversity in all arenas is a must. But what (or, rather, who) is most responsible for making Cobb County an increasingly global place to live and work are the leaders, partners, educators, business owners and residents who collectively strive to improve their own little corner of the world by welcoming the rest of it to their doorsteps.

Perched atop the northwest shoulder of Atlanta’s I-285 perimeter, minutes from all major arteries flowing in and out of the metropolitan area, Cobb developed earlier and faster than many of its neighboring counties. Farm and woodlands quickly grew into manufacturing and industrial centers, which grew into residential and commercial centers and, eventually, into a model suburban sector with increasingly urban amenities and one of the most diverse economies in the state. As a county, “we can play host to a manufacturing plant, distribution center or an office tower,” says Brooks Mathis, vice president of economic development for the Cobb Chamber of Commerce. “In the past, we were able to accommodate because we were growing in both developed industrial sites and office sites, so it helped us really become diverse.” In more ways than one: Cobb’s early industry diversity helped set the stage for the level of cultural diversity Cobb currently enjoys, and the even higher level it is well on its way to achieving.

The county’s network of transportation systems—a vital asset for any locale looking to attract international investment—expanded in equally diverse directions. In addition to surface roads supplementing access to seven U.S. interstates and highways, the county also developed busy commercial rail lines with CSX and Norfolk Southern and a hometown general aviation airport that literally lands international business. Combined with the access provided by Atlanta Hartsfield-Jackson International Airport (less than 30 miles from the county seat) Cobb County Airport – McCollum Field is a premier benefit to companies looking to do business not only in Cobb County, but in their final destinations within the metro area. “It’s a big factor,” says Andrew Ash, general manager of Preferred Jet, which joins Atlanta Executive Jet Center as McCollum’s friendly pair of fixed-based operators (FBOs). “The asset of an airport and its proximity is a key component to someone putting their operations here.”

Currently, McCollum serves corporate executives and private clients flying in and out of locations across the United States and within Canada, Europe and Central and South America. This past summer, it added a row of corporate hangers, enough to house 25 additional midsize corporate jets. The expansion will allow the airport to provide better service to an increased roster of corporate and elite private clientele, including those flying in from foreign soil. “We consider ourselves a gateway into Cobb and into Atlanta,” says Ash, noting that, “oftentimes, we are the first people to see someone who has never been to this area.”

That recognition, and the welcoming attitude that accompanies it, has become a hallmark of Cobb County’s economic relations—particularly when courting or supporting international business. It’s a reputation the county is actively cultivating: as a community that not only draws companies and individuals from all over the world, but invites them to stay.

Today, 439 international companies maintain a presence in Cobb, ranging from global household names like Glock, Hyundai and Yamaha, to industry leaders like Heidelberg, Interroll, Kemira and Vanderlande. Fortune 500 companies Coca-Cola Enterprises, The Home Depot and Genuine Parts do international business from their Cobb County headquarters, as does the Weather Channel. Cobb hosts five consulate offices for Austria, Costa Rica, Estonia, Iceland and Nicaragua, which serve as resources for international and trade relations within the county, as well as ambassadors abroad. One look at the number and variety of ethnic restaurants serving Cobb lends an idea as to the depth and breadth of diversity—from British to Bosnian—flavoring its international community.

Recent census data, however, provides a more quantitative perspective. As of 2010, 15 percent of Cobb’s residents were born abroad, and nearly a fifth speak a language other than English at home. Hispanic-identifying residents (primarily Mexican, Puerto Rican and Cuban) together with Indian, Chinese, Korean, Vietnamese, Filipino and other Asian-identifying residents make up a combined 17 percent of the population. All together, Cobb ranks with Gwinnett, Fulton and DeKalb counties as one of the most diverse in metro Atlanta.

A quick glance at the county fact sheet (the county government and the Chamber maintain up-to-date statistics on their respective websites) makes it easy to see why Cobb is such a attractive place for people from all over the world to hang their hats—or “OPEN” signs. In addition to ample transportation, its business-friendly tax rates (the lowest in metro Atlanta; more competitive than comparable locations in both Texas and North Carolina), affordable cost of living, low crime rate and mild climate make it a perennial contender for those looking to settle in Georgia. The county also maintains one of the most educated workforces in the U.S., thanks in part to its wealth of high-performing public and private schools, as well as four institutes of higher education (among them Kennesaw State and Southern Polytechnic, two of the state’s top universities). In addition to providing a ready pool of local talent, high-performing schools within the Cobb County, Marietta City and local higher education systems place significant value on diversity, and offer language support, tutoring and other programming geared toward international students, as well as multicultural extracurricular, study abroad and exchange programs.

Cobb’s three Sister City programs—with Seongdong Gu, Seoul, South Korea (in partnership with Cobb County government); Heredia, Costa Rica; and Linz, Germany (both through the city of Marietta)—have been instrumental in expanding international educational and networking opportunities not only for students, but for community leaders as well. Recently, several representatives from the Cobb Chamber, county educational institutions, the Cobb government and the America Korea Friendship Society traveled to South Korea to name Seongdong Gu’s Chamber of Commerce an official extension office of the Cobb Chamber. While there, they served as ambassadors for Cobb and Georgia to businesses looking to relocate to the U.S., as well as to local schools and the district’s convention bureau. A few weeks prior, the Cobb Chamber hosted members of a Chinese federation for a luncheon. “By doing that, we’re able to have 30 minutes of their time and give a presentation on the community … on why Cobb is the best place in metro Atlanta for business,” says Mathis. The Chamber worked directly with the Georgia Department of Economic Development (GDEcD) to arrange that opportunity. “We’re starting to do a lot more of those connecting-the-dots, relationship-building [efforts] with our partners, to make sure they know they can bring those international companies or delegations here,” Mathis adds.

Whether a company chooses to establish or relocate its global headquarters here, open a new U.S. office, branch or work site or expand its operations overseas through an international office or partnership, Cobb makes supporting, strengthening and growing those efforts a high priority. “What we’re doing now is an effort called Cobb’s Competitve EDGE,” Mathis says (standing for Economic Development for a Growing Economy). “What that is designed to do is really take our economic development marketing efforts to the next level.” Through both public and private partnerships, the initiative, which is steered by a committee of county-wide leaders, aims to fund opportunities to market to and recruit companies both internationally and domestically. A major goal is scheduled to be realized in January 2013, with the completion of a full-service online resource for companies looking to relocate in or near Cobb. Designed in partnership with the Development Authority of Cobb County, the selectcobb.com website is already open for business. An “International Trade” tab will eventually list each of the international companies currently in Cobb, along with accolades they’ve received and relevant events open to Chamber members and others. It will also feature a supplier-match program through which Cobb companies looking to partner with international businesses at home or abroad can connect based on their mutual interests. An international program committee is in the works as well.

The GDEcD is another close-to-home resource for international companies and those looking to do more global business. In addition to partnering with the Cobb Chamber, the GDEcD works directly with Georgia companies through their International Trade Division. “This team of professionals works hand-in-hand with companies looking to export, to help them grow and expand business,” explains Alison Tyrer, director of communications for the GDEcD. “And during our last fiscal year they helped Cobb businesses close deals in countries including Korea, India, Israel, France, Brazil and Canada.” The department also offers support to international communities looking to relocate to Cobb County and other parts of the state. “We have a whole team of project managers who specialize in recruiting international companies,” she says, “and our regional existing industry team does a great job of supporting those companies already here, and encouraging them to grow.”

In an increasingly global world, the economic value of not only embracing, but proactively cultivating cultural diversity is clear to those at the helm of Cobb County’s future development. Tyrer provides some solid evidence: “[International trade] creates twice as many jobs as domestic trade, because for every job created in making the product or providing the service, another job is created in getting the product to market. Last year we had actually had yet another record year for exports from Georgia companies—$34.7 billion, creating or retaining more than 187 million jobs.” She also notes that “projects involving foreign direct investment usually result in more jobs and a higher investment number.” Case in point: In Georgia’s last fiscal year, “29 percent of our projects were internationally generated, and they created 26 percent of our total investment dollars and 23 percent of our jobs.”

Mathis agrees that Cobb’s efforts to grow its international business don’t just benefit the county itself. “When we talk about resources, companies don’t really see county lines,” he says. Meaning that when a company is looking to relocate to the metro area, the resources Cobb supplies, like its stellar educational system, for example, reflect positively on the area as a whole, elevating Atlanta and the state’s overall reputation as a great place to do business. He also points out that if Cobb isn’t the best fit for a prospective relocation, it’s likely another site in metro Atlanta is, and that Cobb will work with that company and neighboring counties to find the best placement. Collaboration and healthy competition, it seems, don’t just thrive in an global-minded business environment, they help it become part of an even larger international community.

Rather than establishing a business presence that is distinctly different or isolated, international companies help create stronger economic communities through their similarities. We’ve really been lucky in Cobb to have wonderful corporate citizens. On par with their domestic counterparts, Cobb’s international businesses contribute time, money and talent, and create educational opportunities and other programs that seek to improve their communities—in addition, of course, to providing employment and economic drive. 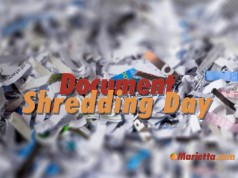 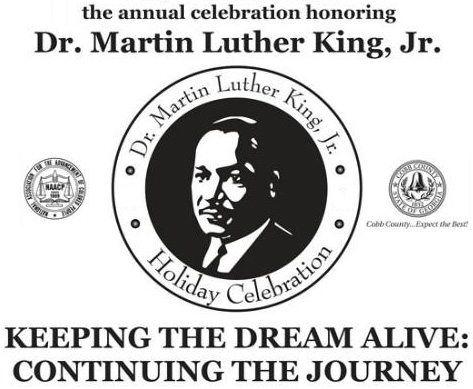 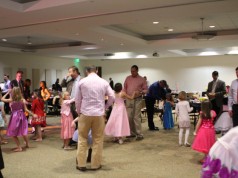